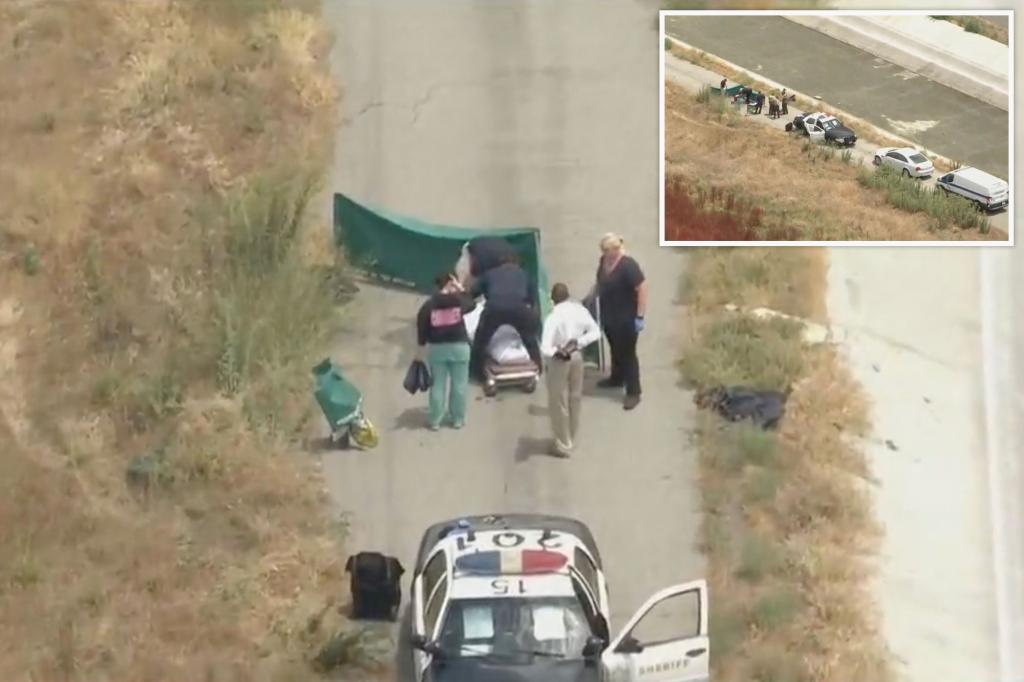 A woman and her two dogs were fatally struck by lightning Wednesday morning while walking in the Los Angeles area, authorities said.

The woman and pets had been walking along the San Gabriel River during a thunderstorm when they were hit, the Los Angeles Sheriff’s Department said.

They were found lying in the path around noon. 8:50.

The sheriff’s office did not release the woman’s identity – awaiting family notification. The department, however, said she was a resident of Pico Rivera in the 50s.

A summer storm brought rain, thunder and lightning to large parts of Southern California overnight into the middle of an ongoing heat wave, according to KTLA.

The chances of being struck by lightning in any given year are less than one in a million, and only about 10% of all lightning strike victims survive, according to the CDC.