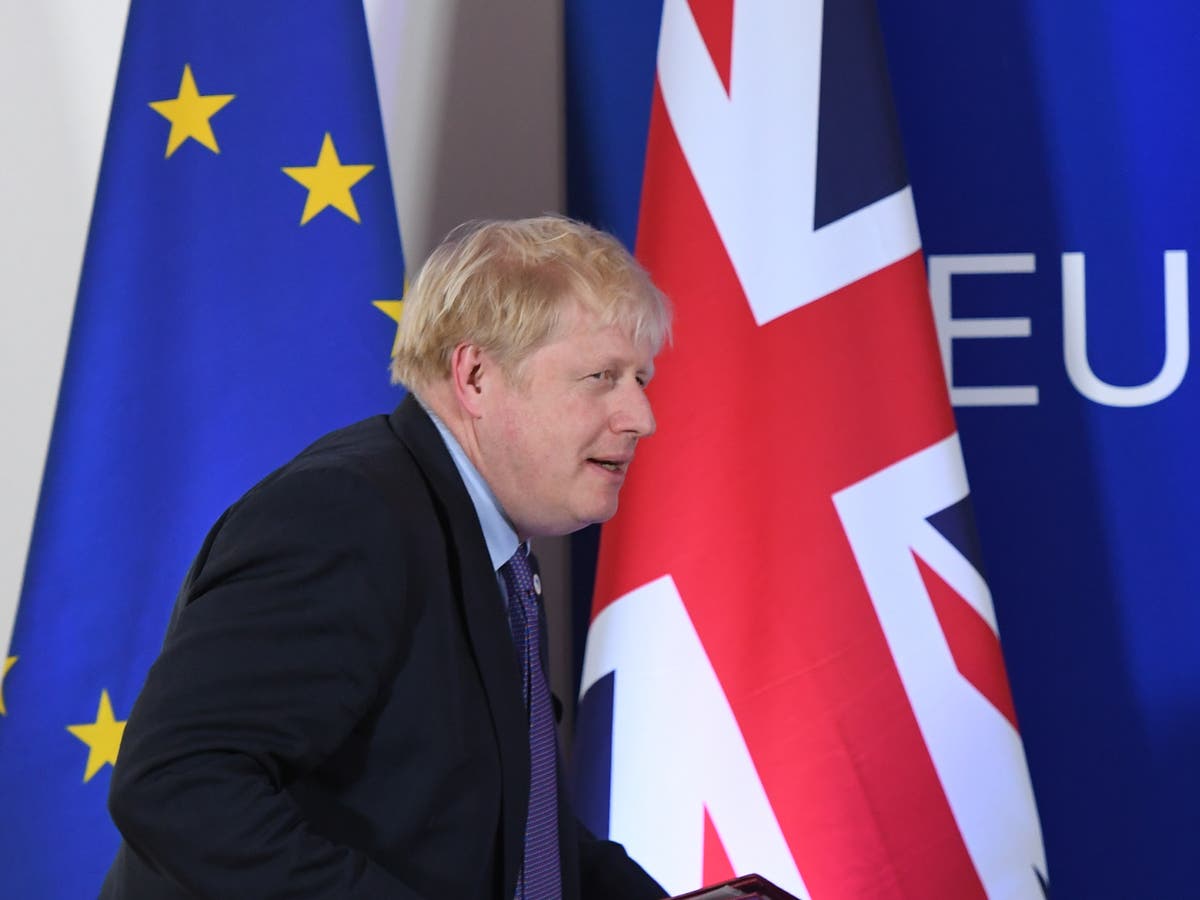 Boris Johnson has said he is considering extending steel tariffs, despite concerns that the move could break international rules and lead him to another major altercation with EU.

The prime minister is reportedly drawing up plans to “secure” steel import borders from several developing countries and extend existing tariffs already imposed on China and others.

But critics have warned that the move to extend tariffs will “violate” World Trade Organization (WTO) rules in which the EU Ambassador to the UK warns against any “protectionism”.

Lord Geidt, the prime minister’s former ethics adviser, quoted steel tariff plans in his resignation letter earlier this month – saying he had been put in the “disgusting position” of being asked to license a breach of the rules.

Johnson said on Sunday that he wanted British steel to enjoy the “same protection” that other EU steel economies have – arguing that the industry was going through a tough time due to energy prices.

“I think it is fair for British steel to have the same protection that other European, absolutely all other European steel economies have,” he told reporters at G7 summit in Germany.

The Prime Minister added: “The difficulty is, is it possible to do that while staying within our WTO, our WTO obligations? That is the problem. But it is difficult choices you have to make.”

Johnson’s government on Thursday proposed extending for another two years an existing package of tariffs and quotas on five steel products to protect domestic steel producers.

However, The Sunday Telegraph said broader measures were being finalized for publication in the coming week. No 10 is preparing to hit more developing countries with new “protection” import borders, according to the newspaper.

A government figure who opposed the extension of tariffs said it would “scrub the economy” and was “anti-conservative”, adding: “It is a total violation of WTO rules.”

But Mr Johnson insisted Britain would not “cut” steel tariffs as planned in the coming week. “I do not think it is the right way forward. I want another solution. “

Asked about the tariff plan, the Prime Minister’s official spokesman said: “No decision has been made. They will be made soon and they will balance our international obligations and the national interest.”

The British Ambassador to the EU, Joao Vale de Almeida, warned that Brussels would be “very tough” on any breach of trade rules.

“I do not think protectionism is the solution to any of our problems,” he told Sky News on Sunday. “Of course we have to pay attention to the rules of the game. When we find this kind of non-compliance, we are very tough as necessary.”

Labor’s shadow foreigner David Lammy suggested the opposition party could support the government plan if it meant an extension of steel tariffs. “I think it’s the extension that [Mr Johnson] suggested … we would support him, “he told Sky News.

The plan to set aside parts of the minutes, approved by Mr Johnson as part of Brexit withdrawal agreement, sparked outrage in Brussels and raised fears of a trade war if the EU decides to take retaliatory measures on customs and other controls.