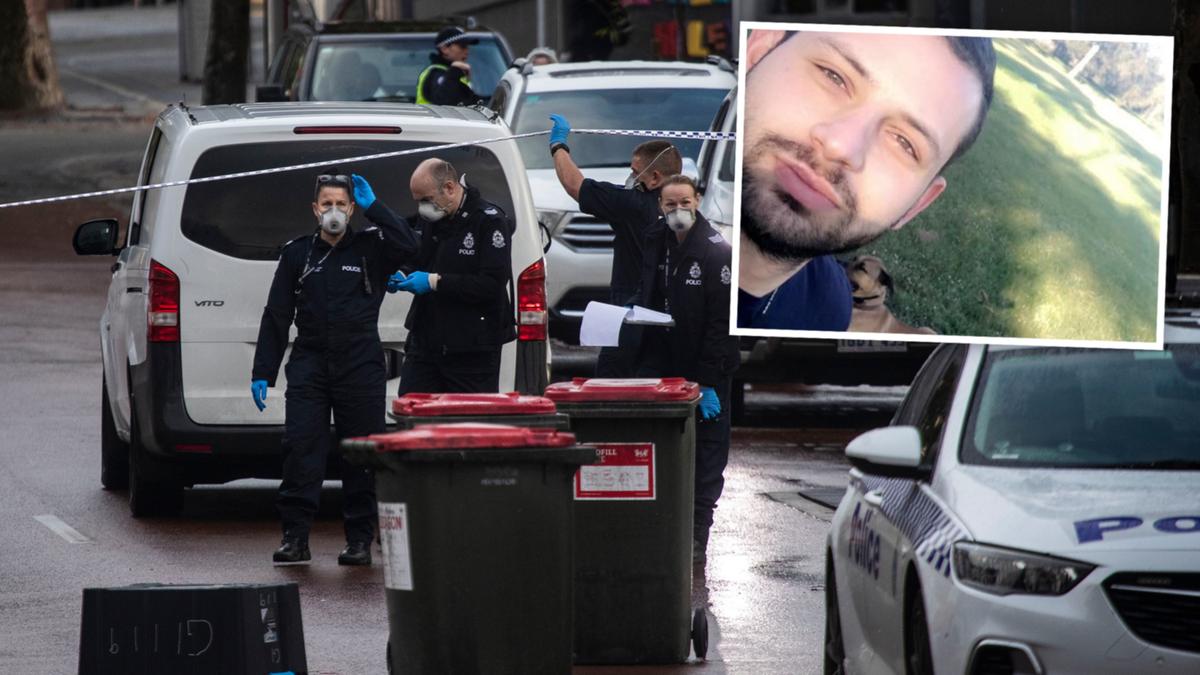 A man accused of slashing a former Mongolian bikie’s face and neck during a violent brawl at a Northbridge karaoke bar has denied calling the scene from prison to get them to delete CCTV footage of the attack.

Brandon Fabris, who was granted bail in court on Friday just over 24 hours after the bloody attack, also claims he had no idea his alleged victim Kimura Davidson, 29, had previous links to an outlaw motorcycle gang.

His barrister Roisin Keating told Perth Magistrate’s Court that the 12cm cut her client allegedly inflicted on Mr Davidson was not as serious as it appeared, despite requiring surgery, and suggested that the charge of grievous bodily harm, which the police had raised in the hours after Thursday’s the attack will likely be downgraded.

“It’s not what the injury looks like, it’s what the injury actually is,” she said on Friday, adding that her client was in no way connected to the alleged victim and had not even known Mr Davidson’s name before she saw it on the charge sheet. morning.

After opposing bail, police prosecutors said investigators did not believe the incident was linked to outlaw motorcycle gang activity.

The revelation came after responding officers were seen securing a bundle of $50 and $100 bills believed to have been found near where the bloody attack took place at the Millennium.

Photos taken of the crime scene show forensics officers scouring the area around Francis Street, focusing their interest on a restaurant, two karaoke clubs and a side alley.

The court was told that the violent attack took place at about 2.45am on Thursday, when several men, among them Mr Davidson, approached Mr Fabris in Millennium’s bar.

It was alleged that what started as a verbal altercation between the group quickly escalated when a man, who has not been identified in court, threw a punch.

Another man, also unnamed by prosecutors, allegedly pulled a firearm.

As Mr Fabris retreated, it will be alleged another war of words broke out, resulting in Mr Davidson attempting to step in and diffuse the situation and try to usher Mr Fabris out.

That’s when police allege Mr Fabris pulled a small blade from the back of his waistband and pointed it at Mr Davidson, who tried to push him out the venue’s back door.

Mr Fabris then allegedly stabbed him to the left side of his face and neck, leaving a 12cm gash from his ear to his chin.

Read the full story at The West Australian.