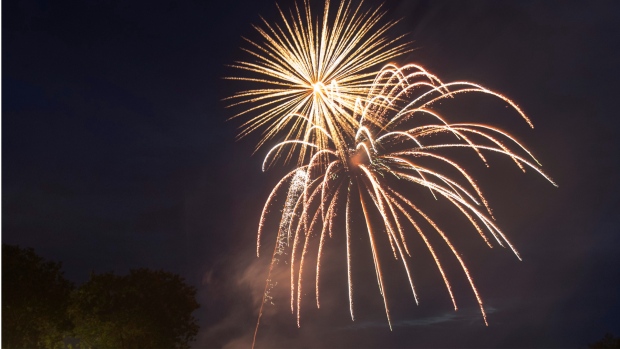 Brampton residents may not be able to set off personal fireworks for the holidays anymore after a proposal to ban them passed unanimously following increased complaints about excessive noise.

Regional Councilor Dennis Keenan – who represents Wards 3 and 4 in the city – tabled a proposal on Wednesday to amend the fireworks bylaw to ban the sale and use of fireworks as well as increase the current fines.

It was posted by Regional Councilor Gurpartap Toor from Ward 9 and 10.

“As promised during my last election campaign, I am sitting on Brampton City Council to make change – to voice the concerns of our residents and take steps to improve our community,” Keenan said in a news release.

The proposal is expected to be adopted at the next city council meeting.

Currently, residents are only allowed to set off fireworks four times a year on their private properties: on Victoria Day, Canada Day, Diwali and New Year’s Eve.

They can only do that fire short-range pyrotechnics – traveling less than three meters, about the height of a basketball hoop – off their private property for these holidays. Fireworks that fly higher than that are illegal, as is setting them off in public areas such as sidewalks, streets, or parks.

If ratified, the proposal would immediately scrap all the rules that allowed residents to set off short-range fireworks without a permit on holidays such as Victoria Day, Canada Day, Diwali and New Year’s Eve.

The film industry and city-run events will be excluded from this ban.

According to the city, just under 1,500 fireworks-related complaints were filed this year, citing excessive noise, fire safety concerns and litter as part of the complaints. Compared to 2018, there were 492.

So far, the city’s bylaw and enforcement team said they have issued over $38,000 in fines this year.

The proposal comes weeks after one year old petition began circulating and sought to limit fireworks in Brampton and its surrounding areas. As of Wednesday morning, over 8,700 people have signed.