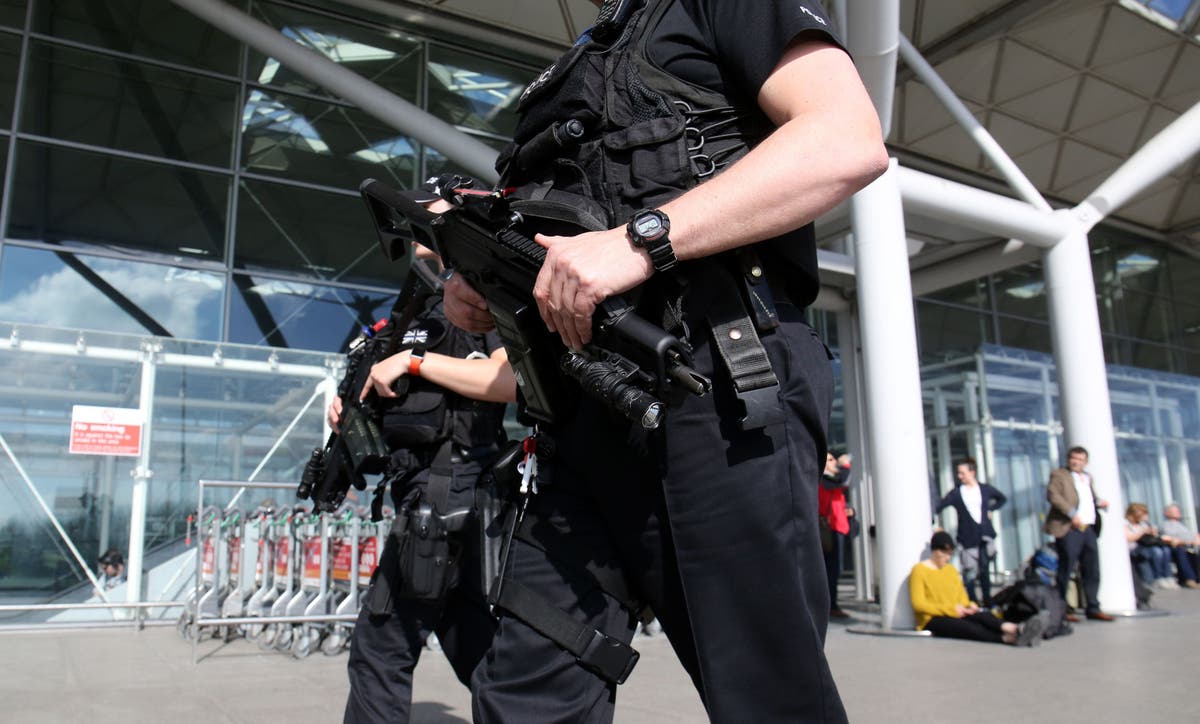 A 16-year-old boy was arrested for terrorism offenses while trying to board a plane from Stansted Airport on Monday.

He was suspected of gathering information that could be useful to someone who commits or prepares a terrorist act and mediates terrorist publications. Police said the alleged offenses were linked to extreme Islamist ideology.

Officers searched an address in east London in connection with the boy’s arrest.

The teenager was arrested by Metropolitan Police’s Counter Terrorism Command (MCTC) officers in Stansted after a Schedule 7 stop, which police can use to stop, interrogate, search and detain people traveling across the British border to determine if they is involved in terrorism.

His arrest came less than a week after a 15-year-old boy from West Yorkshire was arrested for alleged terrorist crimes.

The boy was on Tuesday charged with one count of having participated in the preparation of a terrorist act, four cases of dissemination of terrorist publications and one charge under the Harassment Protection Act.

He has been remanded in custody and is due to appear at Old Bailey on Friday 15 July.

Official records show that under 18s accounted for 15 per cent of all terrorism arrests in the UK (excluding Northern Ireland) in the last financial year. This was an increase from 12 percent the year before, but counter-terrorism police said the proportional increase was due to a drop in the number of seniors arrested.

In May a 13-year-old boy became one of the youngest people ever arrested on terrorist crimes in Britain.

At the time, Commander Richard Smith, head of the MCTC, said: “While it is still very rare for such a young person to be arrested for a terrorist crime, we have recently seen a worrying increase in the number of teenagers being drawn in. in terrorism. “

In the year to 31 March, there were 196 arrests for terrorism-related activity in the UK, an increase of 16 per cent on the previous year. At that time, less than a third of the arrests (59) had resulted in a charge.

There were 233 people in custody for terrorism-related crimes in the UK at the end of March. Of these, 68 percent were determined to have extreme Islamist views, while 24 percent had extreme right-wing views. The remaining 6 percent of those detained were registered as possessing “other ideologies”.