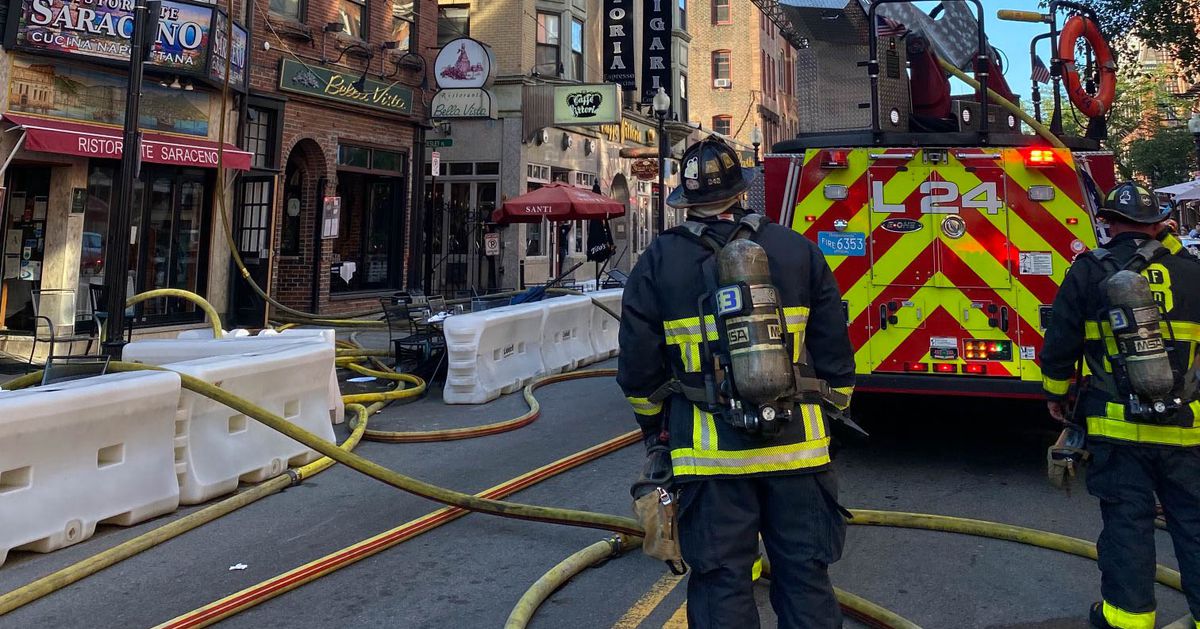 ONE to-alarm fire hit a multi-purpose building at 288 Hanover Street in Boston’s North End on Wednesday evening, June 22, displacing eight residents and temporarily closing two restaurants, Bella Vista and Ristorante Saraceno, the latter of which is located in the adjacent building at 286 Hanover Street. None was reported injuredand two dogs were rescued from the building.

The fire brigade had to navigate in the North End’s remarkably cramped space – among other things outdoor dining during the noon rush hour – and deal with heavy smoke conditions and several roofs, including a glass roof, to access and extinguish the fire. It reportedly started on the fourth floor of the building and spread to the roof; the cause is still under investigation.

Hannover Street reopened to traffic only a few hours after the fire started, but Bella Vista and Ristorante Saraceno, which are owned by the same family, will remain closed for the time being to assess water damage. They’ll probably be able to reopen in just a few days, according to Boston Fire Commissioner Jack Dempsey.