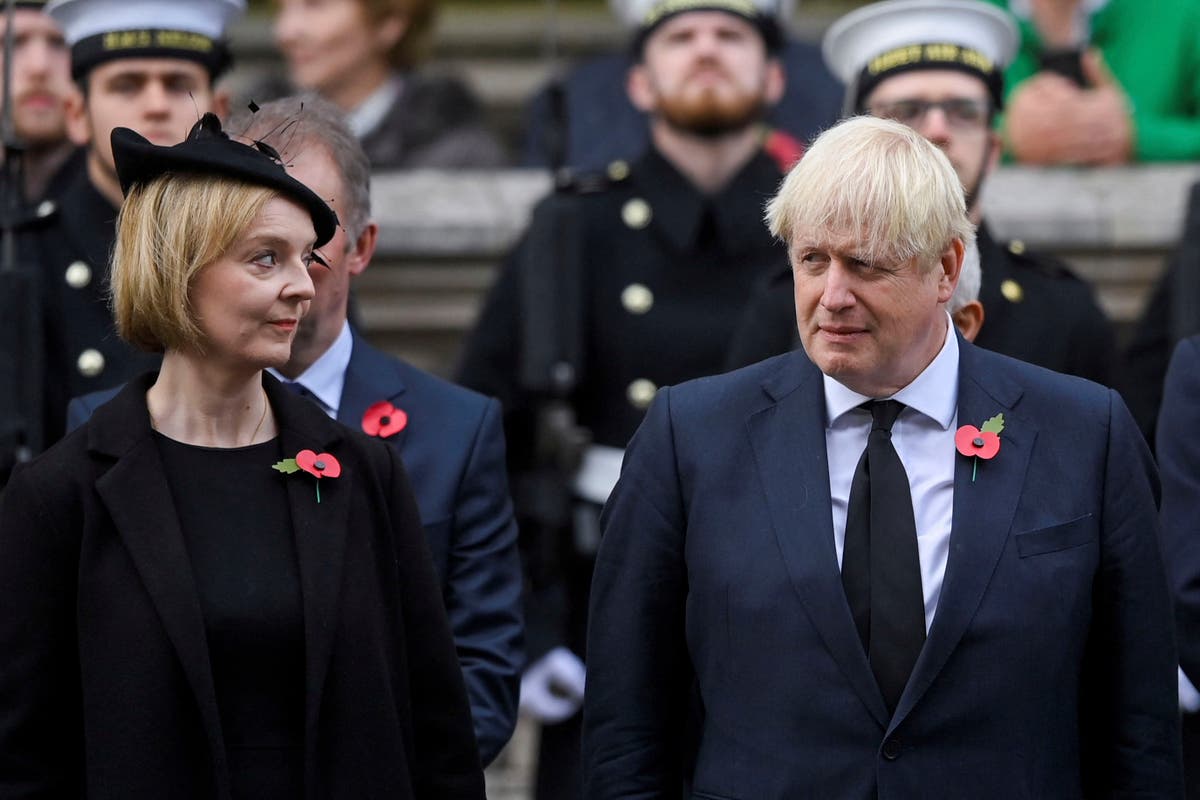 Boris Johnson said Liz Truss’s botched mini-budget was like a badly played piano, in a reference to a famous Morecambe and Wise sketch.

Asked about CNN about his successor’s fatal misstep, the former prime minister initially tried to avoid the question, saying he has a rule against discussing British policy abroad.

But after some prodding, he relented to make his first comments on Mrs Truss’s economic crash program of unfunded tax cuts, saying: “It’s a bit like when I play the piano. The notes individually sound OK but they’re not in the right order or occur at the right time.”

His remark echoed a 1971 sketch from the Double Act’s BBC programme, in which superstar conductor Andre Previn criticized Eric Morecambe’s attempt to reproduce Grieg’s Piano Concerto. He said in the sketch, “I play all the right notes, but not necessarily in the right order.”

Speaking to an audience in Portugal, Mr Johnson also claimed to believe he had no chance of becoming prime minister again.

He told the interviewer: “I’ll give you the answer I’ve given for about 20 years, my chances of becoming Prime Minister are about as good as being decapitated by a frisbee or being blinded by a champagne cork or locked in a disused fridge…”

Johnson paused before continuing: “I became prime minister, so my chances of being prime minister again are the impossible stuff of dice.”

The former prime minister also used the interview to share his thoughts on other leaders’ response to the war in Ukraine and was reprimanded by Germany for said Berlin hoped for a quick Russian victory. Him too claimed France’s Emmanuel Macron was in denial about the coming invasion.

Asked what he would have done differently with his time at the top, he sighed and said: “You know, there are so many things, it’s an embarrassment about…” before starting again: “I’m happy with some of the things we did,” including the rollout of coronavirus vaccines and support for Ukraine.

He went on to say he regrets spending so much time on Covid because of the neglect of his MPs, many of whom were new to Westminster.

He said: “I should have spent more time talking to my troops instead of just trying to get on and manage the pandemic. There is an honest answer.”