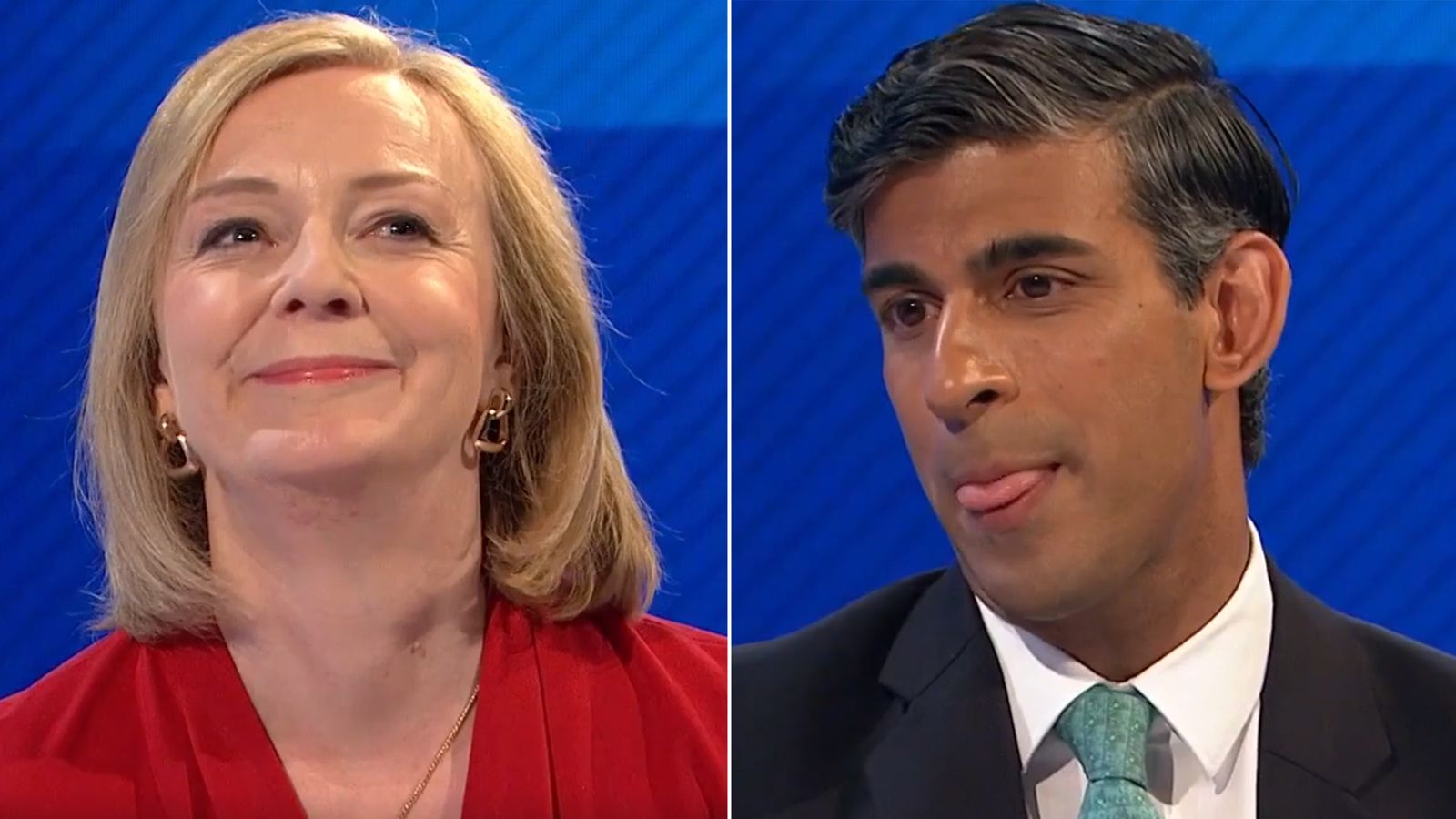 Body language expert Judi James has revealed the telltale signs that Rishi Sunak and Liz Truss are feeling the pressure of the Tory leadership contest.

Ms James appeared on Sky News to analyze their performance in our Battle for Number 10 program last night – where the pair faced a separate grilling each from Kay Burley.

Ms James said the Foreign Secretary is like an opera singer who “cracks on the highest notes” when she doesn’t like a question – while the former chancellor sticks her tongue out “like a baby refusing food”.

She said of Mrs Truss: “When she’s under pressure, she’s a bit like an opera singer cracking the highest notes.

“We get this staccato blink rate, her vocal tone starts to crack a little bit, it gets pretty crazy, and she shows very, very obviously that she doesn’t like the questions or that she’s been put under pressure.”

She revealed another subtle clue to tell when Mrs Truss is not happy about a question, saying her jaw “goes from side to side” and her “bottom lip gets sucked in”.

“These in poker will tell she’s not comfortable with a question,” Ms James said.

However, she said Ms Truss had “grown in confidence” since the start of the leadership contest, adding: “She’s becoming more of a heavyweight with every appearance she makes.” 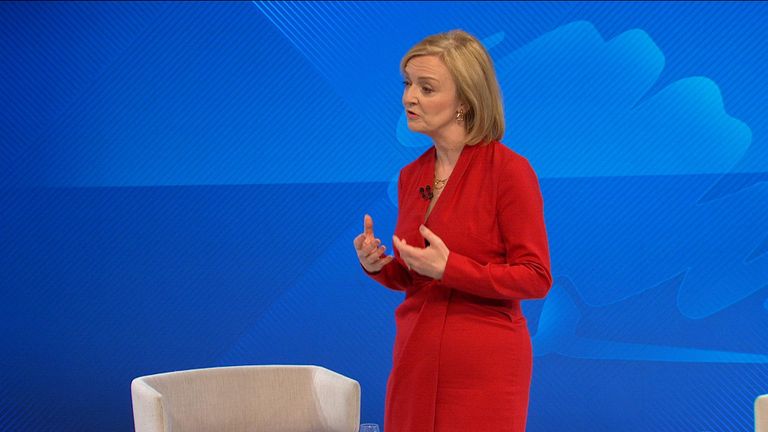 On Mr. Sunak, the body language expert, noted that he stuck his tongue out whenever he was asked a difficult question.

She said: “When he gets the killer questions, the tongue comes out. It’s a relic gesture of a baby rejecting food. It’s usually a gesture of rejection and disgust.

“And I don’t think he was disgusted by Kay at all. It was her question that he clearly wasn’t happy with.”

She said leadership hopefuls were often guilty of “overkill gestures”, comparing his body language at times to that of a “car salesman”.

However, she suggested that this may be why he won over the crowd of mostly undecided voters, who believed that he had performed better than his rivaldespite the fact that she is consistent ahead of him in the polls.

She noted that his use of the “thumb of power” won him a big round of applause when he talked about beating Labor leader Sir Keir Starmer in a general election.

Ms James said: “His verbal message is one of caution and yet his body language message is one of optimism, energy, enthusiasm. He walks around the stage, he’s the one who uses the most energy while he’s speaking.

“So those kinds of counterintuitive messages could have had a very positive effect on the audience.”

Read more:
What did Truss and Sunak promise during the Sky News Battle for Number 10? 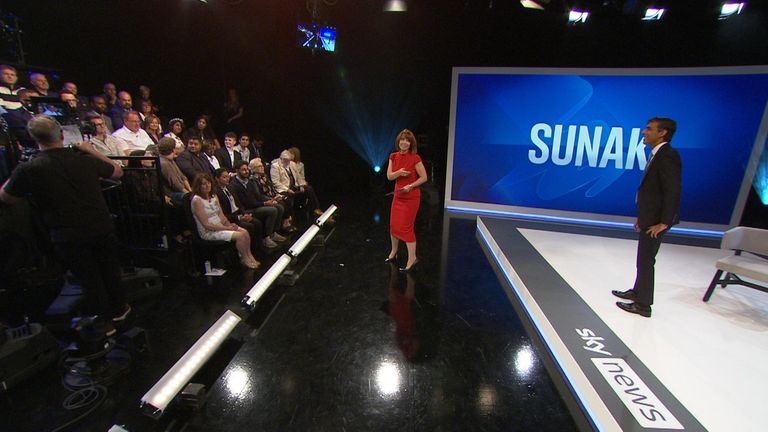 While both candidates have their individual strengths and weaknesses, Ms James said they shared a common body language trait – the “invisible brick”.

She said: “This was a gesture that they both had in common, they used it pretty much throughout.

“This suggests that you have full grasp of the problems to come. You know what the problems will be. You hold them like an invisible brick.”

However, she said what worried her was that this was not followed up by “resolving body language”.

She said: “It would be great to see more of the precision moves that would lead me to believe that they are not only aware of the issues.