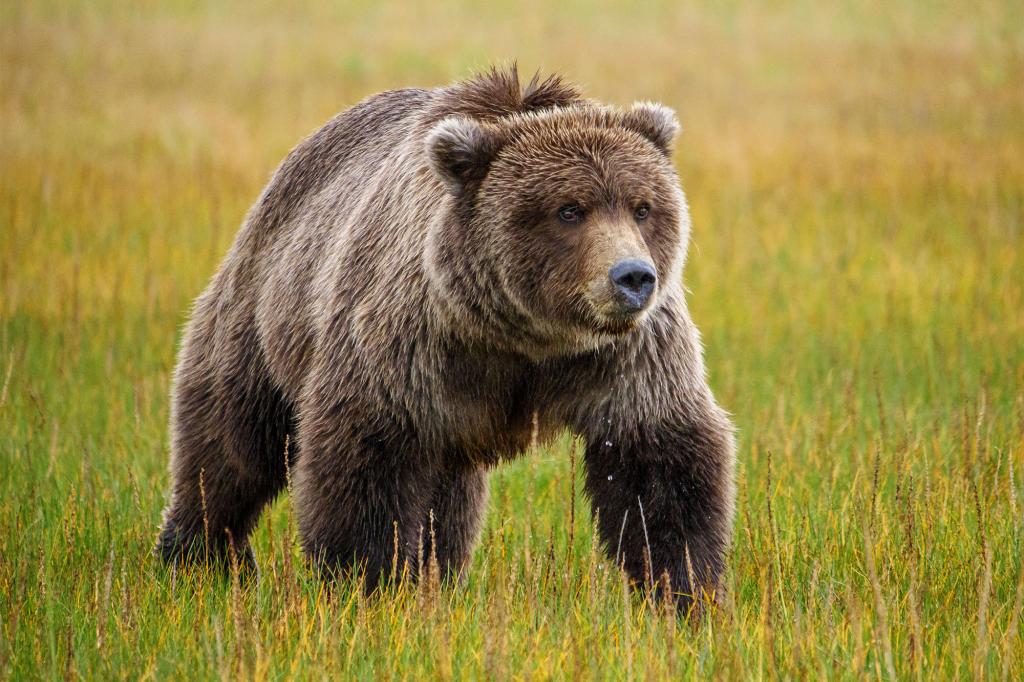 A brown bear mauled a 9-year-old child before an adult family member shot the animal dead, police in Alaska say.

The attack in Palmer Hay Flats on Tuesday left the child with “serious injuries” and the adult family member with minor injuries, Alaska State Troopers said in a statement.

The pair were hunting when they encountered the dangerous animal, which lunged at the cub before the adult opened fire and killed the animal.

Police did not describe how the two were related, but said both were being treated at a nearby hospital.

Alaska troopers and state Department of Fish and Game personnel returned to the scene Wednesday to examine and perform an autopsy on the bear’s remains.

Officials hope to find out what prompted the brown bear to attack the child, Todd Rinaldi, a regional management coordinator for the Alaska Department of Fish and Game, told the Anchorage Daily News.

“That’s one of the efforts that’s happening this morning is to determine if there was actually a juvenile in the area, if there was a corpse or something in the area and to evaluate the circumstances behind the attack,” Rinaldi said.

According to the Alaska newspaper, officials have been searching for a brown bear that has been raiding chicken farms over the past few weeks, although sightings of the thief have eased in recent days.

Less than two weeks earlier, a hunter visiting from Michigan was mauled by a mother grizzly after he fell on her and her three cubs north of Glennallen, about 200 miles from where the 9-year-old was attacked. The man escaped with serious puncture wounds after spraying the animal with bear spray.