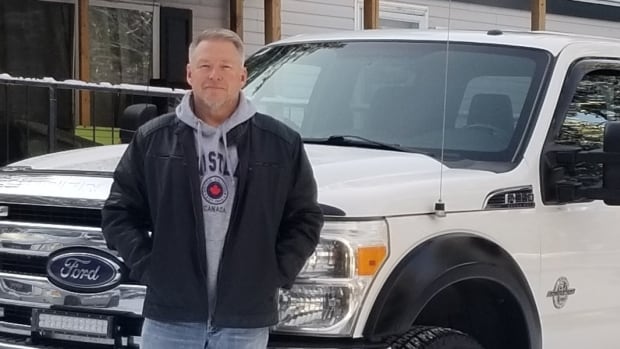 Instead of driving the 2008 Dodge Ram pickup truck he bought at a private sale last month, Chris Lethbridge has it parked, uninsured, at his home in Salmon Arm, BC

If the truck is damaged or stolen, he knows he won’t be able to file a claim with ICBC. Nevertheless, it sits there with no financial protection on it and no additional miles rolling on the odometer.

“That’s an $11,000 paperweight sitting in my driveway,” Lethbridge told CBC’s Dawn south. “And I’m not the only one in the province dealing with this.”

On October 1, a new provincial regulation regarding the sale of private vehicles came into force.

Instead of paying 12 per cent provincial sales tax (PST) on the actual sales price of a vehicle at the time of purchase, buyers must now pay PST at the time of registration – with the tax based on the vehicle’s average wholesale value in the Canadian Black Book Appraisal Guide.

That has Lethbridge and others like him outraged and calling for action.

Lethbridge says he paid $2,100 for his Dodge Ram in a private sale. But when he went to register the vehicle, he was told by the insurance agent that it had a Canadian Black Book value of $11,000 and he would have to pay PST on that amount.

“I was a little bit stunned,” Lethbridge said.

Lethbridge said he obtained a temporary operating permit so he could drive the truck from nearby Kamloops, where he made the purchase, back to Salmon Arm.

With the truck now gathering dust, Lethbridge says he’s been trying to find a satisfactory solution to his situation.

Changes bring BC in line with other provinces, government says

The provincial government says it made the change to prevent buyers from underestimating the vehicle’s purchase price in private transactions and then paying PST on those lower figures. That loophole, it said, could create an annual PST revenue shortfall of close to $30 million.

Buyers who wish to dispute the list value can hire a qualified appraiser to appraise their vehicle’s value and present the appraisal to ICBC at the time of registration.

However, it is the buyer’s responsibility to pay for an appraisal.

In an emailed statement to the CBC, Finance Minister Selina Robinson says the change brings BC “in line with how most other provinces already administer sales taxes on these vehicles.”

Robinson also pointed out the appraisal option available to buyers.

Graham Hugill is also upset about the new regulation.

The resident of 150 Mile House in the BC Interior said he bought a 2015 Ford F-30 truck for $35,000 in a private sale. He said he had all the paperwork with him when he went to register the vehicle and was told he had to pay PST based on a Canadian Black Book value of $47,240.

As is the case with Lethbridge, Hugill has the truck sitting at home, unregistered.

In protest against the new regulation, Hugill has started an online petition. By Thursday afternoon, it had close to 7,000 signatures.

“I started the petition because I’m a 60-year-old man and now I’m sick of being taxed to death.”