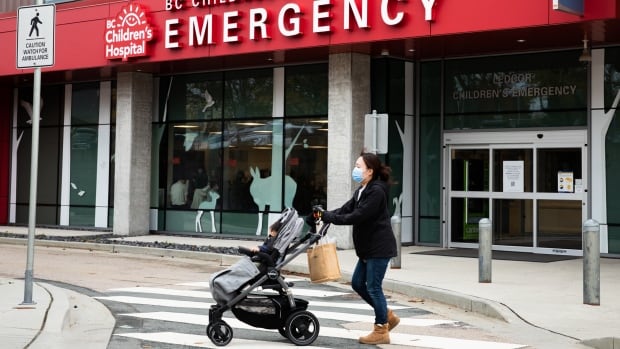 BC Children’s Hospital has activated emergency triage to handle an increasing number of patients with respiratory illnesses, including influenza and COVID-19, BC’s Minister of Health has confirmed.

“We’re dealing with a significant amount of respiratory illness in emergency rooms across the province, especially in children,” Adrian Dix said Wednesday.

Dix said emergency centers across the province, anticipating a surge in respiratory illness this fall, set up emergency operations centers in advance.

The overflow is used to provide care for lower acuity cases, the health minister said.

“At BC Children’s Hospital, that means the extraordinary staff there is setting up care to make it easier for people coming in for emergency care,” he said, noting that the increased volume will likely have an impact on scheduled surgeries.

Over the past few weeks, parents have expressed concern about long wait times at the hospital’s ER, with some telling CBC News they waited as long as 11 hours before a doctor saw them.

On Wednesday evening, wait times were listed online clocked in about six hours. CBC News has contacted the hospital and the Provincial Health Services Authority for comment.

Children’s Healthcare Canada, a group of child health leaders nationwide, says health centers across the country have seen a “critical increase in child admissions and demand” this month.

Emily Gruenwoldt, president and CEO of CHC, said viruses are spreading rapidly across the country, with overburdened health systems ill-equipped to handle the influx.

“This idea of ​​an overnight crisis in pediatrics has actually been decades in the making,” she told CBC’s. On the coast.

“Our children’s health care from coast to coast is underserved. We don’t have the physical infrastructure to meet the needs of children as they grow and develop, but we also don’t have the highly specialized workforce to care for these young children as well.

“Our children are now waiting longer for essential health services than many of our adults.”

The organization is asking the provinces and Ottawa to convene a first ministerial meeting between the premier, the premier and the chief nurse to build a plan that addresses the children’s health crisis.