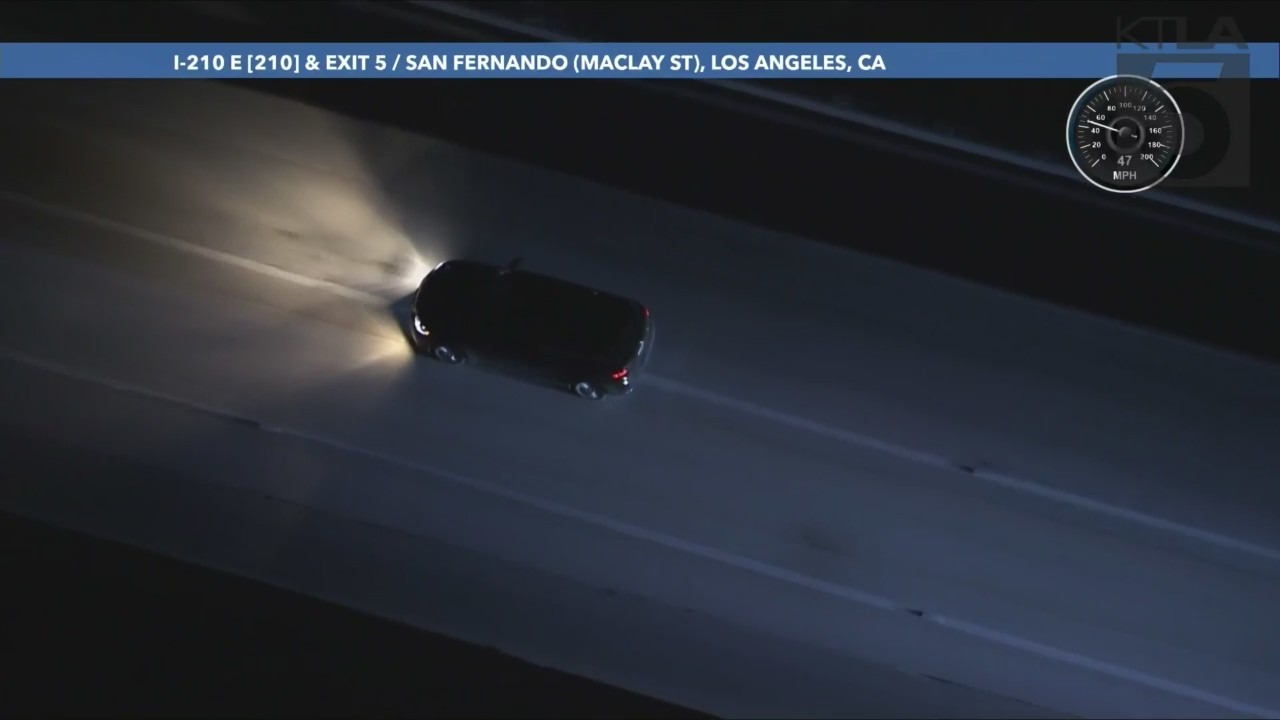 California Highway Patrol officers and law enforcement officers from across Los Angeles chased a stolen car suspect for over an hour in the San Fernando Valley Friday night before finally taking him into custody.

The chase began in Sherman Oaks shortly after 9 p.m.

Police chased the driver on the 101 Freeway, surface streets in North Hollywood and Burbank, the 5 Freeway, the 210 Freeway and seemingly everywhere in between.

The chase eventually ended near the 210 Freeway after the suspect hit what appeared to be a spike strip.

The suspect jumped out of his vehicle, threw a bag to the side and ran a few meters before surrendering to police.

He was handcuffed and taken into custody without further incident. His identity was not released.