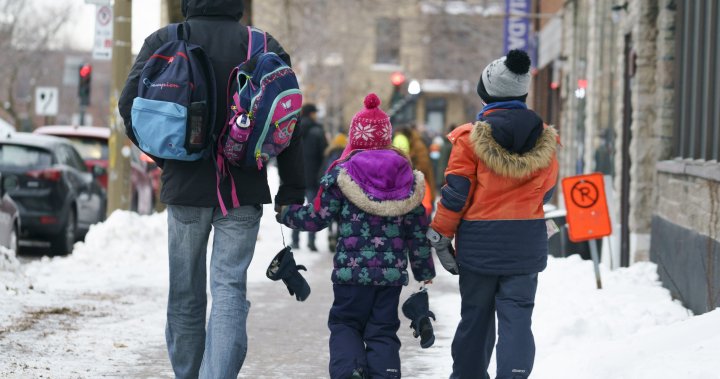 Alberta’s new health chief wrote a letter to the parents Wednesday, warning them of a flu season that could be “more severe than we’ve seen in years.”

On Thursday, Alberta Health released its latest flu data showing there have been 3,648 laboratory-confirmed cases and 550 hospitalizations, 52 of which resulted in intensive care unit admission.

That’s an increase from 2,082 laboratory-confirmed cases of influenza in the province a week earlier. Also a week before, there were 355 people in hospital with the flu, of which 34 were in the intensive care unit.

As of the week of November 19, there have been 12 deaths from the flu (two were in children between the ages of one and nine, seven were in Albertans aged 70 and older).

Toddler among 6 Albertans to die from flu this season

“In the last few weeks we have seen a large increase in cough and fever type illness in our schools,” it reads in part.

“We are concerned that this flu season will be more severe than we have seen in years and that illness will continue to disrupt school, sports and upcoming holiday gatherings.”

“Flu season in Australia often predicts the type of season we’ll see in Canada. This year Australia had a particularly severe respiratory virus season with flu and COVID-19 rising at the same time. They saw the highest rates of flu illness in children and teenagers, where children under 16s account for the majority of all flu admissions this year.”

The letter explained that most children recover from the flu, but some children can become very ill and need hospital treatment.

1:11
Canada’s top doctor is recommending children get vaccinated ahead of flu season as drug shortages continue

“Influenza vaccines are safe, effective and provide the best defense against serious illness.”

In Alberta, the flu shot is recommended for all children six months and older. It is free and appointments for children under five can be made reserved by calling 811 or online. Children aged five and over can get their shot at a pharmacy or participating medical clinic.

So far, 911,529 doses of flu vaccine have been administered in Alberta, meaning about 20.5 percent of Albertans have been vaccinated.

The two senior health officials also urged the use of a high-quality, well-fitting mask, especially in crowded indoor settings.

“Wearing a mask can help reduce your risk of getting sick and help protect others from exposure. Individuals should be supported regardless of their choice to wear a mask or not,” the letter reads.


In addition to the vaccine and masking, Joffe and McDougall offered other tips for preventing the flu:

“Thank you for all you do to keep your families and communities healthy,” the letter concluded.

Dr. Lynora Saxinger, an infectious disease specialist from the University of Alberta, was surprised at how early the season started.

She said while Alberta and western Canada usually see it start before the rest of Canada, it typically peaks closer to Christmas even here.

“What I think is a bit worrying is that it’s taking off extremely quickly, we don’t know when it’s going to slow down and we’ve easily exceeded a peak that happened much later in previous years already. It’s ripping through society aggressively ,” she said.

“It hasn’t started to turn yet.”

Saxinger encourages everyone to get their flu shot as soon as possible. She said early estimates show the vaccine provides “good protection,” which equates to about a 60 to 70 percent chance of preventing serious disease.

With other diseases – RSV and COVID – in circulation, how can parents know when it’s time to seek help for their sick child?

“The thing to guide people would be how seriously ill they are,” Saxinger said.

“If you start seeing a child who’s not eating, drinking or breathing normally, then yes, unfortunately – although I expect there’s a lot of congestion – it’s something you should at least run by your provider and then find out if you need to come in for a more formal assessment.

“Influenza is usually pretty bad for the first few days and then reverses, but you never want to wait too late because kids can get really sick.”