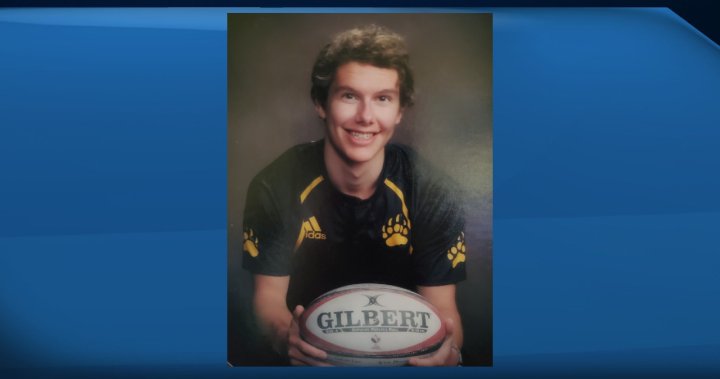 One person died in Banff on Friday morning and Alberta RCMP investigating it as a homicide.

It is the first homicide in the mountain town in more than 30 years. May 1990 marked the previous murder in Banff.

Banff RCMP was called to a local bar on Banff Ave around 2:26 a.m. following reports of a fight.

Mounties found an injured 26-year-old man at the scene. He was rushed to Mineral Springs Hospital, where he later died from his injuries, according to an EMS spokesman.

Global News confirmed the victim’s name is Ethan Enns-Goneau and the incident was a stabbing that happened at Dancing Sasquatch.

Enns-Goneau worked at a local restaurant and is remembered as a soccer and high school rugby player.

A 22-year-old Banff man was taken into custody at the same location, according to a press release sent out Friday afternoon.

The Town of Banff announced that it is coordinating support services for the local community, including a drop-in support session in the Town Council Chambers on Friday from 16 to 19. on site late Friday.

Banff Mayor Corrie DiManno took to social media to send her condolences to family and friends of the “longtime local resident.”

“We are shocked, angry and heartbroken that a senseless act has robbed us of a beloved Banffite, and we mourn this tremendous loss with all who knew and loved him,” the mayor said in a statement.

The Alberta RCMP Major Crimes Unit will lead the investigation with assistance from Banff RCMP and the RCMP Forensic Identification Unit.

RCMP said an update will be provided when additional details can be released.