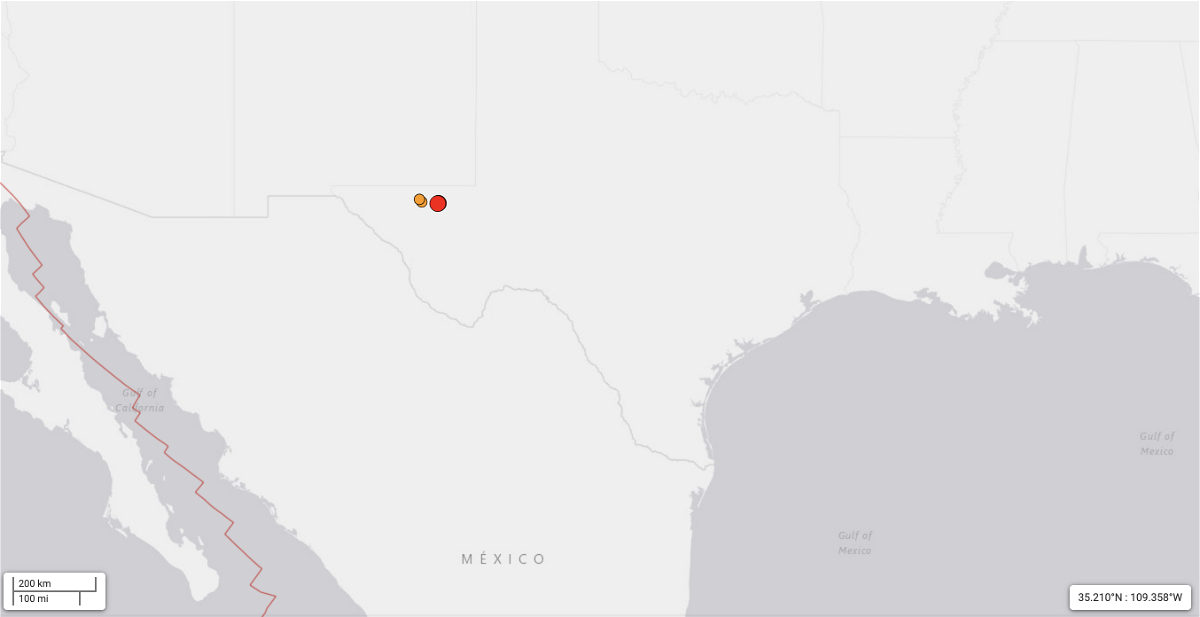 EL PASO, Texas – A 4.9 magnitude earthquake occurred Thursday near Mentone, Texas, according to US Geological Survey.

The 4.9 earthquake was felt just five minutes after a 4.5 earthquake in the same area.

This happens eight days after one Earthquake with a magnitude of 5.4 was felt in west Texas, with reports of tremors in El Paso.

BE PART OF THE CONVERSATION

KVIA ABC 7 is committed to providing a forum for civil and constructive conversation.

Please keep your comments respectful and relevant. You can review our community guidelines by by clicking here