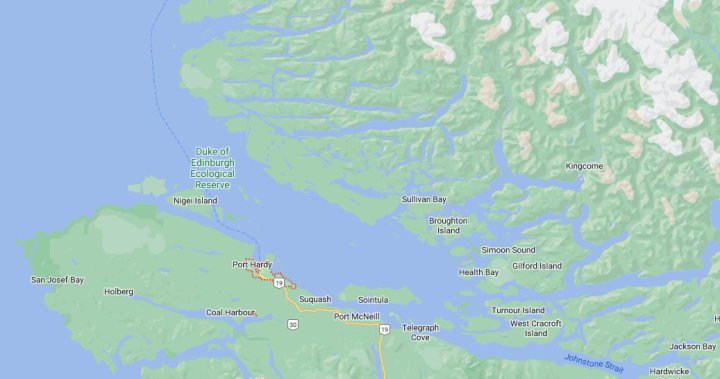 RCMP said they were notified by the Joint Rescue Coordination Center that a Cessna floatplane had crashed into the waters of Strachan Bay.

The plane was transporting two passengers out of a logging camp back to Port Hardy, police said.

“The Coast Guard helicopter and boats were dispatched to the area and a search was conducted, but no survivors have been found and the aircraft is presumed to have sunk,” said Cpl. Alex Bérubé, spokesperson for the BC RCMP, said in a release.

“The RCMP and the Transportation Safety Board are working together to determine what may have caused the plane to go down.”

2:05
Container ship is in the process of cleaning up Vancouver Island


The RCMP West Coast Marine and Dive Team is also being called in to search for the plane and the people.