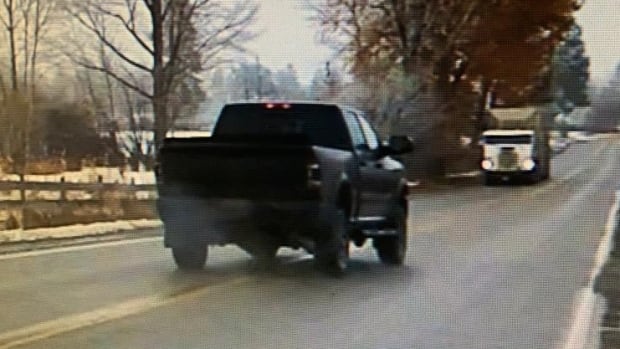 Merritt RCMP have arrested three people in connection with a carjacking in Metro Vancouver after an attempted traffic stop led to closure of Coquihalla Highway on Wednesday.

Sgt. Josh Roda said officers from multiple units attempted to pull over a black Dodge Ram on the mountain highway, believing the vehicle had previously been stolen in Coquitlam, BC, about 130 kilometers to the west.

But police said the vehicle tried to elude officers by taking a side road off the interstate between Hope and Merritt.

When the vehicle got stuck, Roda says three people ran from the vehicle. Witness reports said one of the suspects was carrying a firearm, according to police.

Officers from the Merritt RCMP and the South-East District Emergency Response Team began a ground search and quickly located and arrested a woman.

During the search, a nearby Trans Mountain pipeline work site was evacuated for the safety of workers and the highway was closed for several hours, police said.

“Without knowing [the suspects’] identities or their intentions and reports indicating they were armed, we thought it best to keep all members of the public off the scene,” Roda said.

Police say they have confirmed the Dodge Ram was stolen from Coquitlam and had a license plate stolen from Langley, but Roda said, “there is no indication that these suspects are related to any recent high-profile events in the Lower Mainland or Merritt. “

On Tuesday, several people were injured in an armed robbery at a car dealership in Coquitlam, BC that resulted in a car chase, gunfire and the temporary closure of Highway 1.

In Merritt, a man is believed to be connected to recent shootings in the city got arrested after a standoff with police on Wednesday.

Anyone with information or dashcam footage from the area of ​​Juliet Bridge near Coquihalla Summit between 11:30 a.m. and 2 p.m. is asked to contact police.