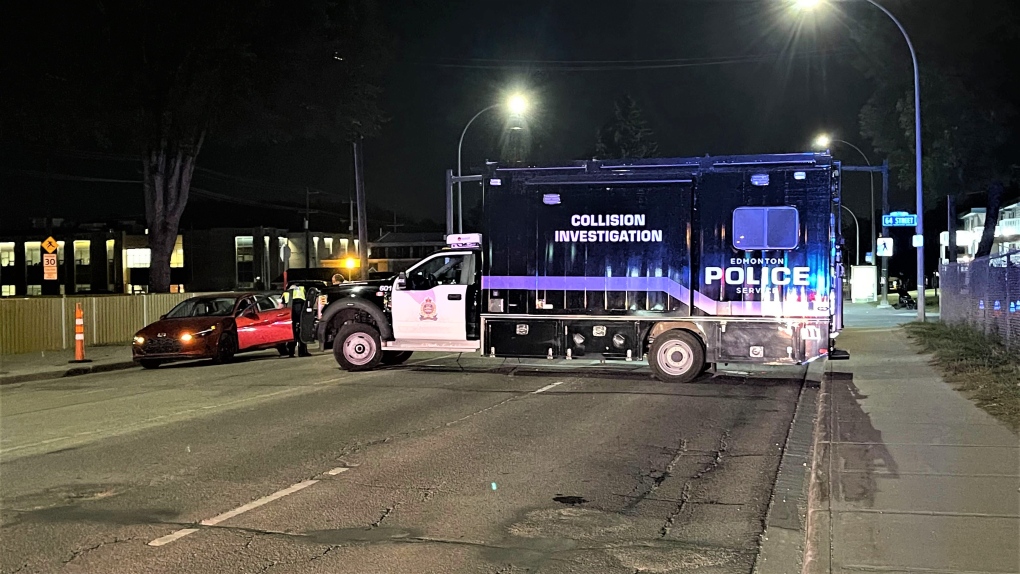 A two-year-old child was hospitalized after being hit at a crosswalk on Thursday evening.

According to police, a 22-year-old woman was pushing her child in a stroller and crossing the road at 64 Street and 118 Avenue when a car hit the stroller.

The child was taken to Stollery Children’s Hospital for head injuries, although police said Thursday night that the extent of those injuries was unknown.

The two were in a marked crosswalk and the lights were activated, officers at the scene said.

Alcohol is not believed to be a factor, but police said sunshine may have played a role in the crash.

The driver of the vehicle remained on the scene and the EPS Major Collisions Unit was expected to remain on the scene until 10 p.m.