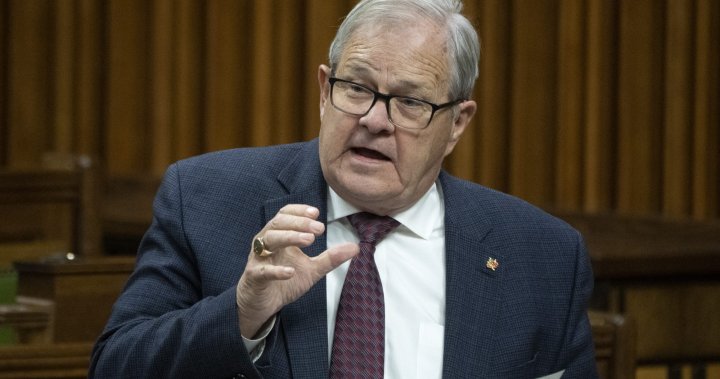 Two more cases of one Veterans Affairs Canada employee discussing medical aid in dying with a veteran has been discovered during an ongoing investigation by the department, the responsible minister told lawmakers Thursday.

Veterans Affairs Minister Lawrence MacAulay told the House of Commons Standing Committee on Veterans Affairs that this brings the total number of cases involving a single VAC service agent to four and that the RCMP has been contacted.

“I have instructed the Deputy Minister (Minister) to investigate all possibilities in this investigation, including referring the matter to the police for investigation if necessary. I can confirm that the RCMP has been contacted and the department has taken steps to formally refer the matter,” MacAulay said.

“If any of the veterans are watching right now, I’m sorry,” he added, calling any discussion of assisted dying with a veteran seeking care “totally unacceptable.”

Global News first reported on August 16 that a VAC employee had discussed medically assisted dying with a veteran, a case that has brought renewed scrutiny to the department and the ongoing battle for veterans seeking support.

Sources told Global News that a VAC service agent brought medical assistance in dying, or MAiD, unsolicited into a conversation with the combat veteran, who was discussing treatment for post-traumatic stress disorder and a traumatic brain injury.

The veteran said he felt pressured as a result.

He also said the service agent told him in the call about helping another veteran access dying medical resources through Veterans Affairs Canada, including support for that person’s children who were dealing with impending death.


The veteran told Global News that the service agent told him that the other veteran went through with a medically assisted death and that it had been someone who was determined to end his life.

Both of these cases had previously been confirmed by MacAulay and his deputy minister Paul Ledwell during an appearance before the veterans committee in October.

MacAulay had previously called the situation an “isolated incident”.

MacAulay told the committee Thursday that the investigation, launched in August, was still ongoing, as was ongoing training with all VAC staff to ensure MAiD is never brought up with a veteran again.

Still, he added, in light of the discovery of the new cases, the investigation has been expanded to look at management and employee training to determine why the employee was repeatedly able to raise the procedure with clients.

He said one of the new cases occurred in 2019, while the other occurred in May this year.

More on the way…