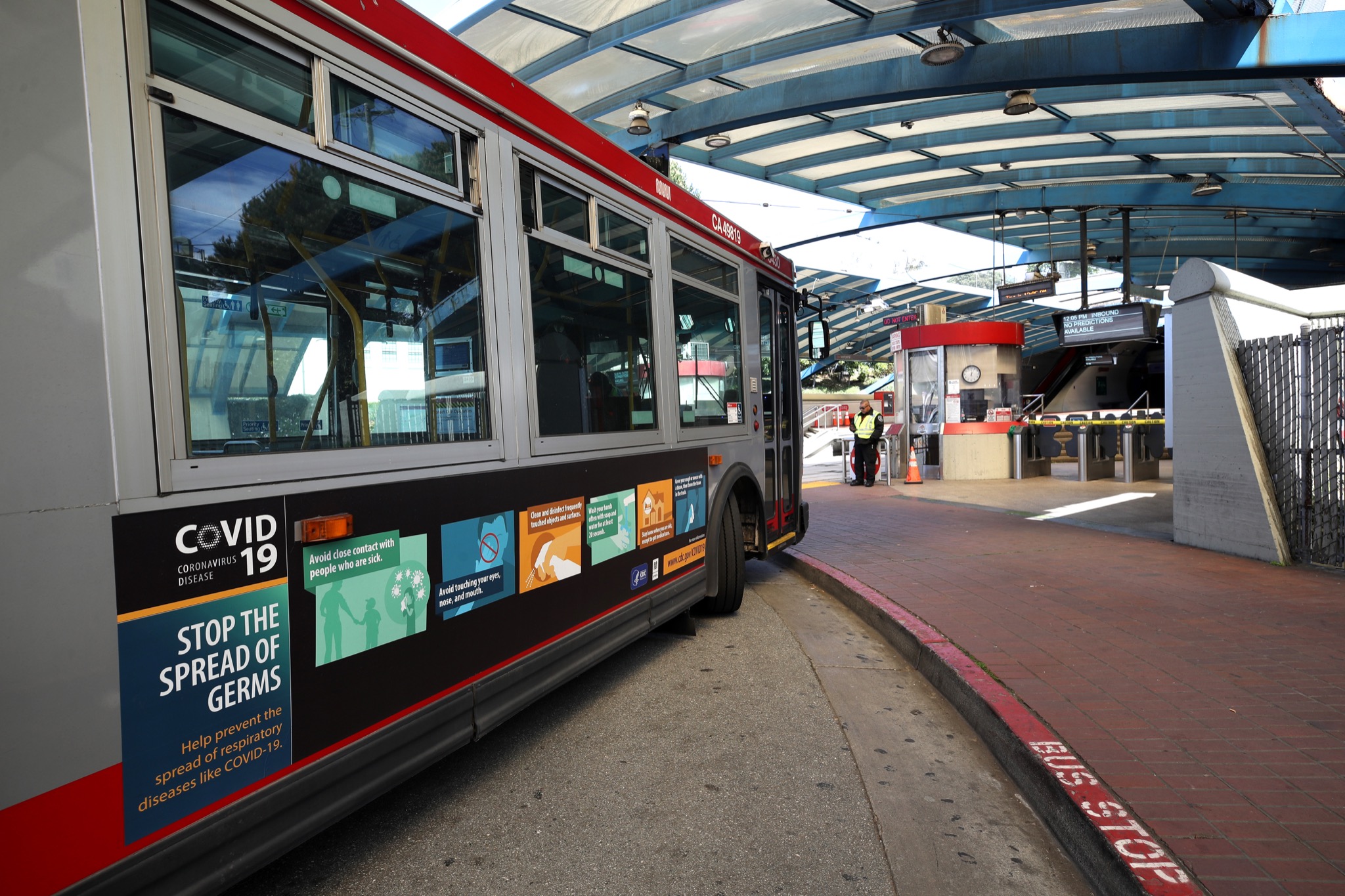 UPDATE, June 22, 10:27 p.m. San Francisco police released photos of a person of interest in a fatal shooting on a Muni train Wednesday morning.

The person is seen wearing a black jacket, white sneakers, dark trousers and a black shirt while driving a Muni light rail vehicle. He also has blue headphones and a red backpack. Police are asking this person to come forward and talk to investigators.

Investigators have received video of the incident. SFPD publishes a still image of the video, which is an image of a person of interest. The SFPD asks this person to come forward and talk to investigators pic.twitter.com/9lmudSgtJW

One person is dead and another injured after a shooting inside a Muni train in San Franciscosaid officials.

The shooting took place at. 9:56 a.m. near Forest Hill Muni Station as it was heading toward the Castro stop, a San Francisco police spokesman told SFGATE in a statement. Police arrived at the scene of the shooting around 10 a.m., according to police San Francisco Municipal Transportation Agency, who said police activity has closed the underground link between the West Portal and the Castro stations in both directions.

San Francisco District 7 Supervisor Myrna Melgar wrote on Twitter that the shooting took place inside a train. One person was reportedly killed on the spot. The other individual, according to a San Francisco police officer’s tweet, sustained non-life-threatening injuries. The person is currently with the Zuckerberg San Francisco General.

According to a statement from Melgar, a preliminary police report found that “the suspect and the victim were in a violent verbal altercation.” A San Francisco police spokesman confirmed to reporters that the shooting did not appear to be a “hate crime” or in any way linked to Pride.

UPDATE: #SubwaySvc between West Portal & Castro stations is currently stopped in both directions due to ongoing police activity on Castro. Will update. https://t.co/GqIxiXTyZc

Officers are still searching for the suspect who fled Castro Muni station. Surveillance footage from the station shows the suspected shooter, police said. The suspect was seen wearing “dark clothing and a hooded jacket,” a San Francisco police spokesman said.

“The incident that took place this morning is disturbing and yet another reason why we need to do more to prevent gun violence,” Melgar said in his statement. “There are too many weapons out there in our society that escalate a verbal argument into a meaningless death of a young life.”